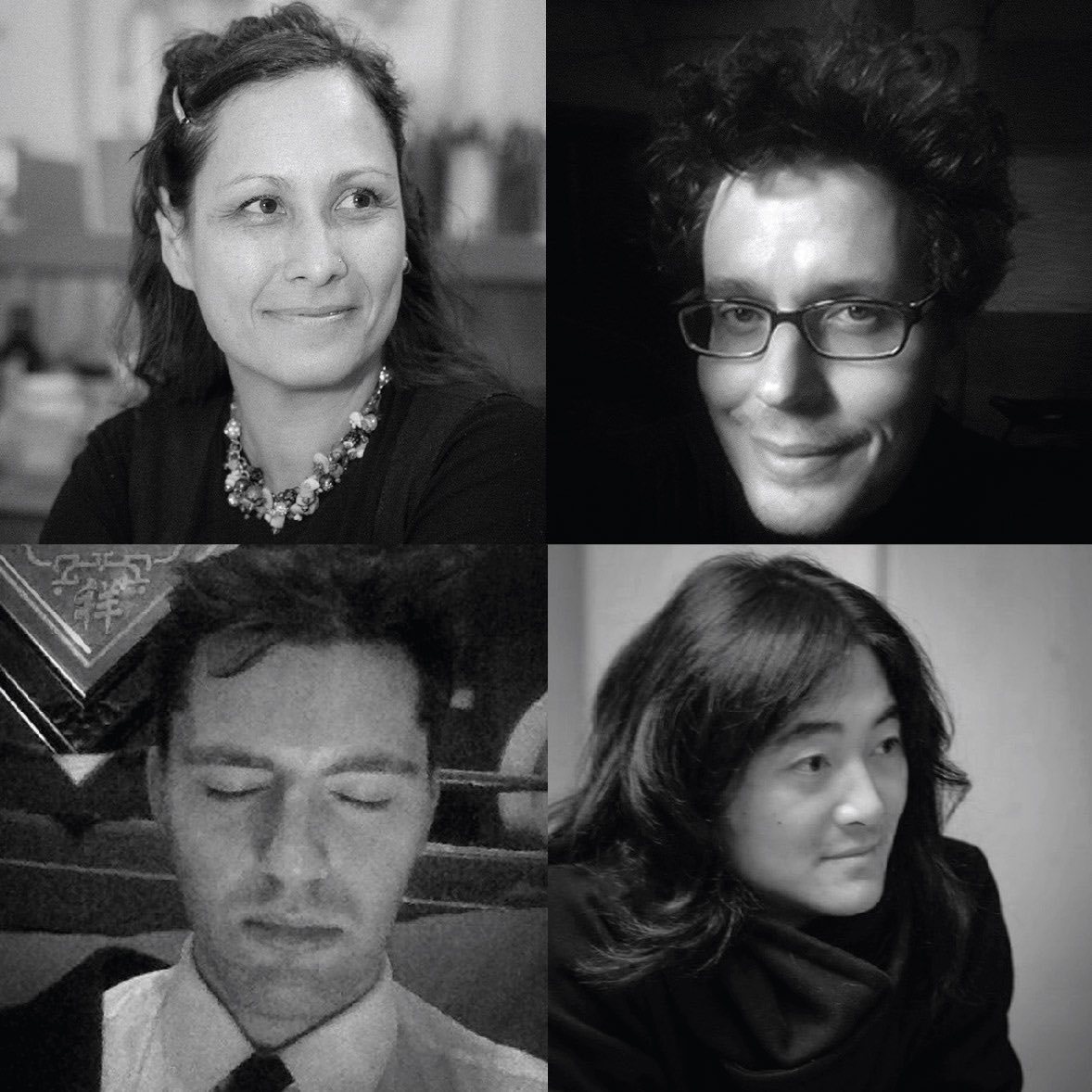 Acclaimed poets Han Bo and David Perry, with visual artist Monika Lin, join Jacob Dreyer in conversation about the intersection of poetry and the history of Northeast China.

Han Bo is an acclaimed poet, playwright, travel writer, and artist. Born and raised in Heilongjiang in northeastern China, he now travels extensively while keeping his home in Shanghai. He is the author of five collections of poetry and five books of travel writing documenting his travels throughout Europe and Asia. His work has been translated into English, French, German among other languages. His 2013 poetry collection,飛去來寺 (Fly to the Temple) includes the “China Eastern Railway” cycle. He has participated in programs and residency programs at the University of Iowa’s International Writing Program, the Vermont Studio Center Literature in Translation Program, the Avignon European Poetry Center, the Berlin International Poetry Festival and the Paris French-English Poetry Festival. Han Bo is the recipient of China’s Liu Li’an Poetry Prize, among other awards. He is also the author of over ten works of drama and is the founder of Shanghai’s Night Stage Drama Studio.

David Perry lives and works in Shanghai, where he teaches in the Writing Program at NYU Shanghai. He is the author of two poetry collections, Range Finder and Expat Taxes and two long poems published as chapbooks, Knowledge Follows and New Years. His current project, x Lines and Changing, is a digital poem arising from riding and writing the Shanghai Metro system following randomly generated destinations and walking patterns. He holds an MFA in Literary Translation from the University of Iowa.

Monika Lin was born in Manhattan NY, USA. She has been living in Shanghai since 2006. As an artist and writer, Lin has looked critically at intersections of race, gender, labor, ecosystems, and cultural constructs through metaphorical and narrative forms. She has an interdisciplinary practice that includes drawing, printmaking, painting, sculpture, animation, social art practice and public installations. Lin holds an MFA from the School of Visual Arts in New York City and a BFA from Mills College in California. She has attended residencies in San Francisco, Jindezhen, Kerala, and Vermont. Monika teaches visual art at NYU Shanghai and previously at the San Francisco Art Institute and the Kansas City Art Institute. She conducts lectures and workshops at the Power Station of Art, the Minsheng Museum, and the Rock Bund Museum in Shanghai and at the Museum of Chinese in America in New York. Exhibitions include shows at Central Booking Gallery, NYC; the Power Station of Art, Art Labor Gallery, the Shanghai World Financial Center, OV Gallery, and the Shanghai Fine Art Museum in Shanghai; the San Francisco Performance Art Institute and Toomey Tourell Fine Art in San Francisco; the Chiang Kai Shek Memorial Hall in Taibei; Spreewald Museum in Germany; Odie & Cite in Paris; the Richmond Art Center in California; and the Asia Arts Initiative in Philadelphia. In May, 2018 she completed a site specific public art installation in Nanjing.

Jacob Dreyer is a Shanghai-based writer and editor. his work has recently appeared in LEAP, 周末画报, Real Review, and D’ivan.

Deep Time Dreaming: An Exploration of Australia’s Past & Present

In 2011, Shanghai-based poet, travel writer and artist Han Bo took a trip through his native Heilongjiang, following the route of the historic Chinese Eastern Railway. The result: a nine-poem cycle that maps northeastern China’s history in a richly compressed form, touching on the region’s cultural role as a borderland that helps define the concept of “China” and its role in the Twentieth Century as an industrial heartland-turned-rust-belt. Stopping at points to focus on the Russian role in creating the Chinese Eastern Railway and Harbin and, at other points, to reflect on the ecological cost of rapid industrialization, Han Bo’s cycle presents readers with insight into the multifaceted history of China’s Northeast. This event will feature bilingual readings of the poems by Han Bo and translator David Perry, accompanied by artist Monika Lin’s comments on the transformation of the poems into visual form. Editor, critic and writer Jacob Dreyer will moderate. The event will be the launch of the printed chapbook, including a special handmade art edition designed by Monika Lin. In Chinese and English.