M Restaurant Group is a pioneering collection of award-winning restaurants and lounges in China. In 1989, Australian cook Michelle Garnaut—the signature ‘M’—opened M at the Fringe in Hong Kong, one of the first restaurants with a new take on modern/contemporary fine-dining in the city.

“Each M venue has become a city institution, situated in a privileged location that captures the heart of its destination.”

It was a runaway hit, and ten years later she took a daring step and opened M on the Bund in Shanghai, at a time when the historic waterfront was known mainly for dilapidated offices rather than the lively nightlife scene it has since developed. She tested the waters first with a stint cooking at the landmark Peace Hotel, and in the end the gamble paid off. Now restaurants and bars of all kinds have sprouted up in the shadow of the Art Deco Nissin Shipping Building where M on the Bund presides, still going strong after nearly 21 years.

Today, the M Restaurant Group includes two venues: M on the Bund and Glam dining lounge and bar in Shanghai.

Delicious food in a chic, comfortable environment are ideals embodied by both restaurants, with classics like M’s Crispy Suckling Pig and M’s Very Famous Pavlova always greeting diners, along with seasonal specialities, fresh, homemade bread and signature cocktails, all made from scratch. And perhaps most meaningfully, the restaurants are a part of the communities they serve. M has spearheaded the sourcing of sustainable and organic foods in China, working with local producers to set standards. A focus on the arts has yielded the Shanghai and Capital Literary Festivals, the M Literary Residency and a vibrant series of talks and salons, all of them in the comfortable confines of M venues.

M restaurants are institutions, in the best sense of the word: Familiar, beloved, unmistakably themselves.

M at the Fringe

“The opening of Michelle’s Restaurant at The Fringe in 1989 (later renamed M at The Fringe), was considered the first fine-dining restaurant not situated in a hotel. Michelle Garnaut’s place was described as warm, ‘like those 18th century salons which can still be found in Macau’, with tastefully mismatched cutlery, and serving delights including Greek goat cheese baked with sun-dried tomatoes into a filo tart, pumpkin tortelli, and poppy seed galette for dessert.”
–Bernice Chen, South China Morning Post 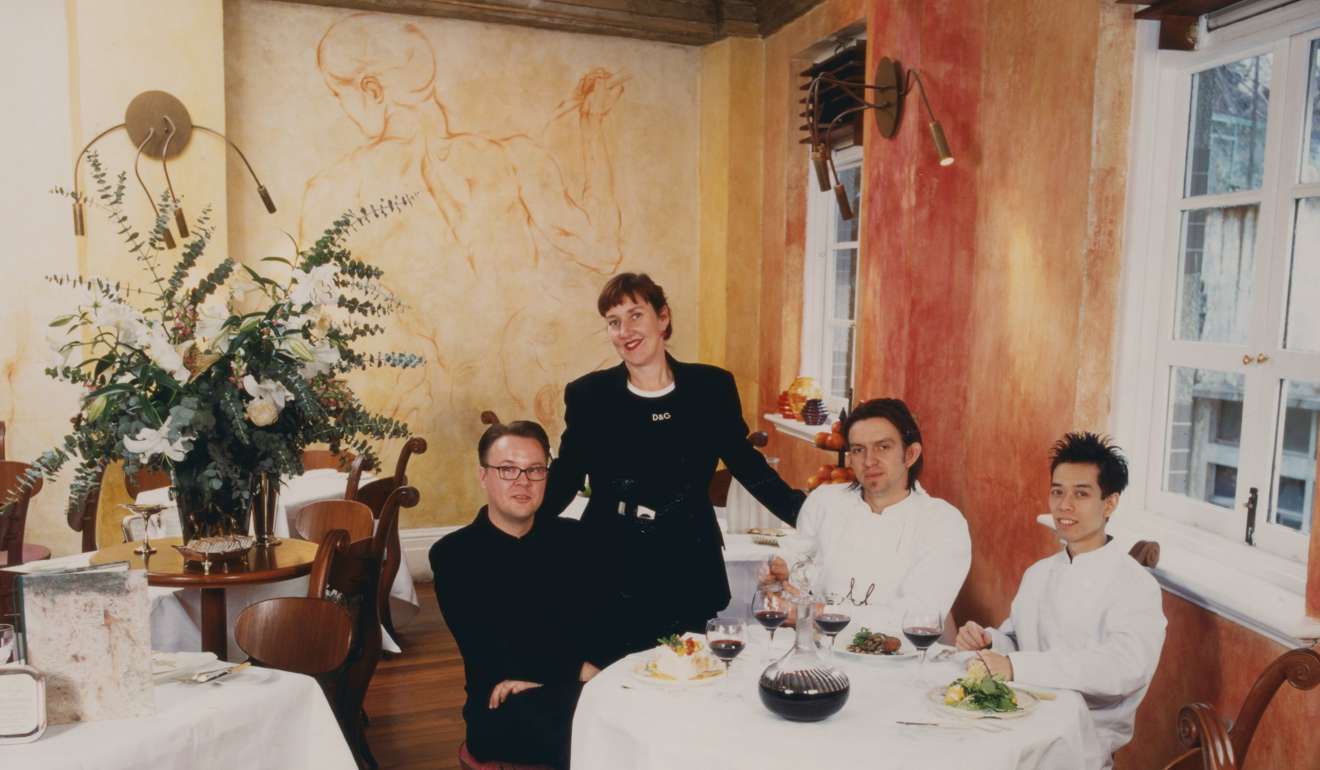 M at the Peace

Before opening M on the Bund in 1999, Michelle Garnaut–the eponymous M–had a two week pop-up restaurant at the Peace Hotel from December 5th-10th, 1996. It was the beginning of a long stay in China. 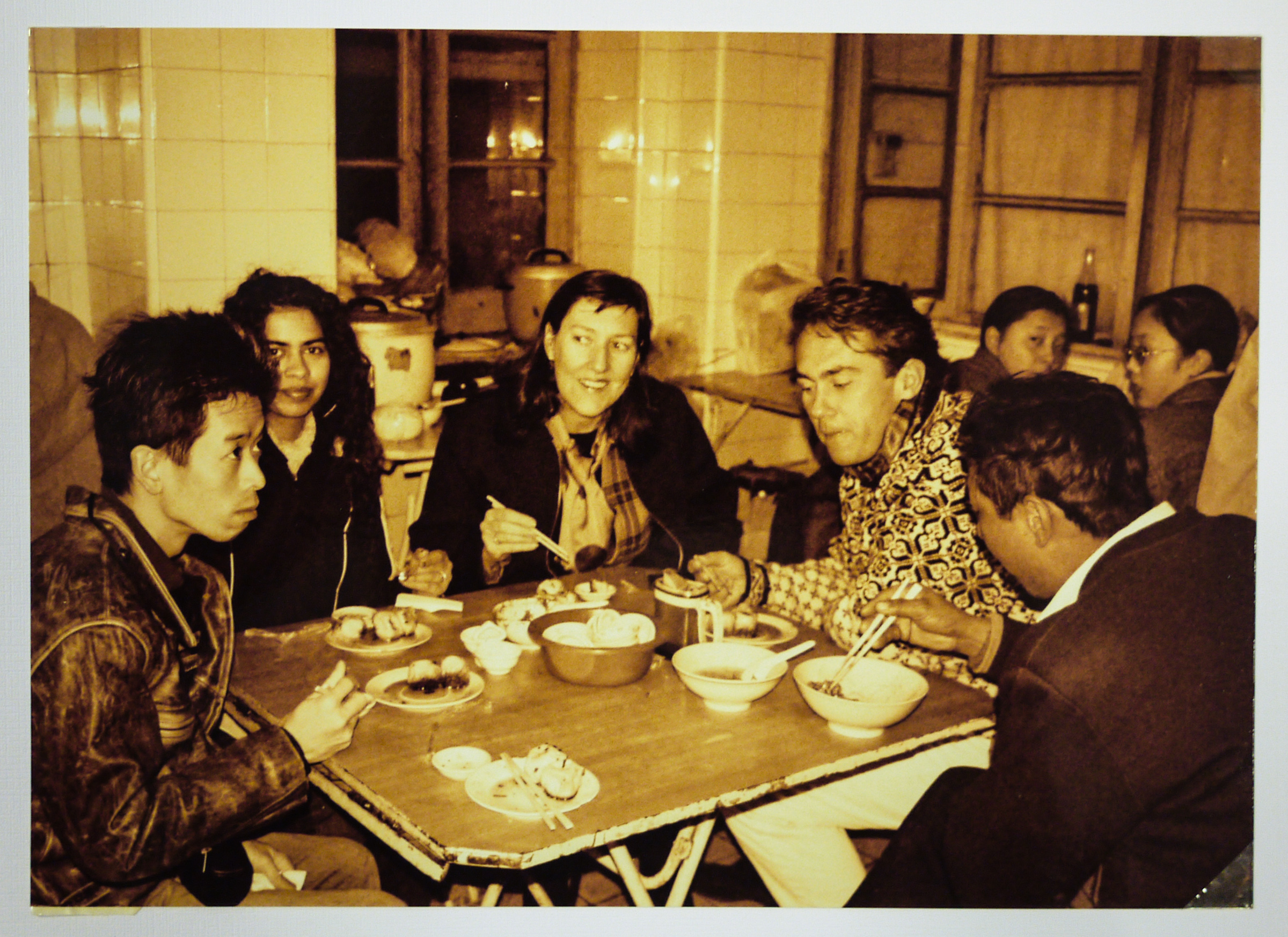 M at the Peace Postcard

Postcards were given out for the M at the Peace event. The invitations read:

That place was only an 8 minute walk from where M on the Bund stands today! 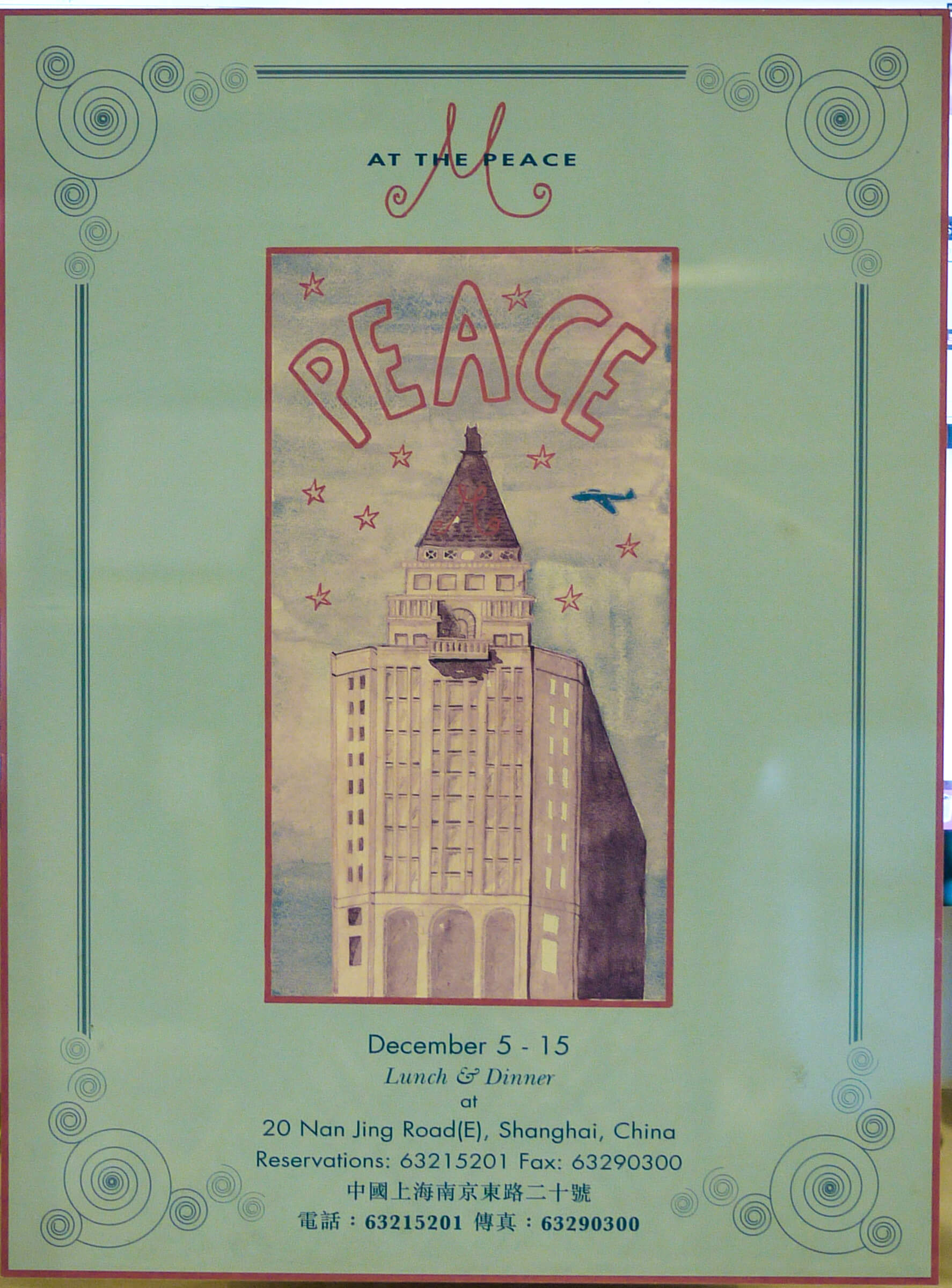 “After 18 months of talks, Michelle Garnaut has pulled off another culinary coup. […] M at the Peace kicked off for lunch and dinner on Thursday, and was already fully booked this weekend.”
— Fionnuala Halligan, Sunday Morning Post 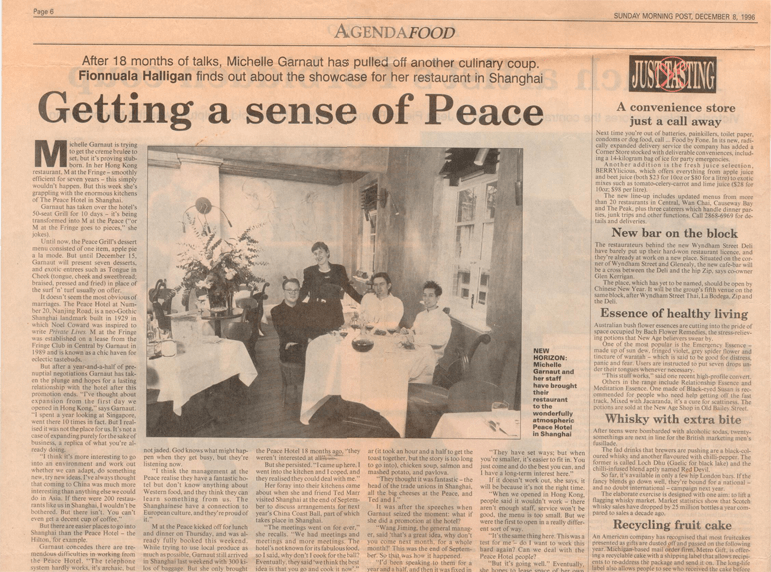 Needless to say, the city was a very different place when Michelle set up M at the Peace over 20 years ago! Notice any changes to the Pudong skyline? 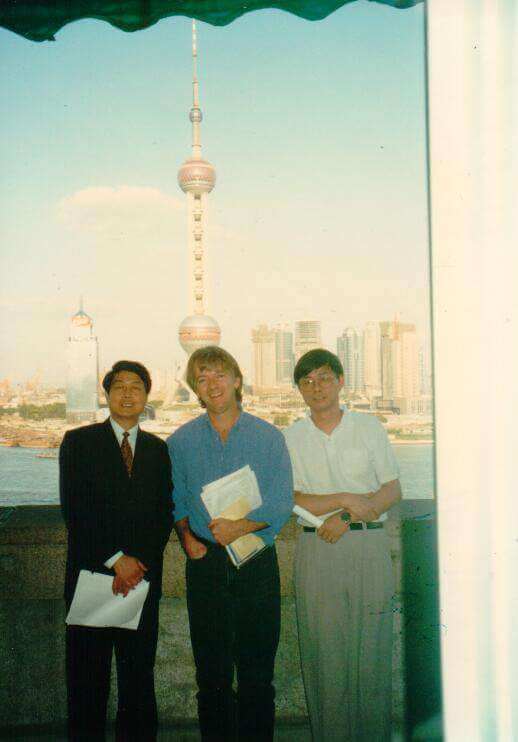 Our 1999 M on the Bund Opening Party… Who has time for ceremonial ribbons when there are sausages to be cut? 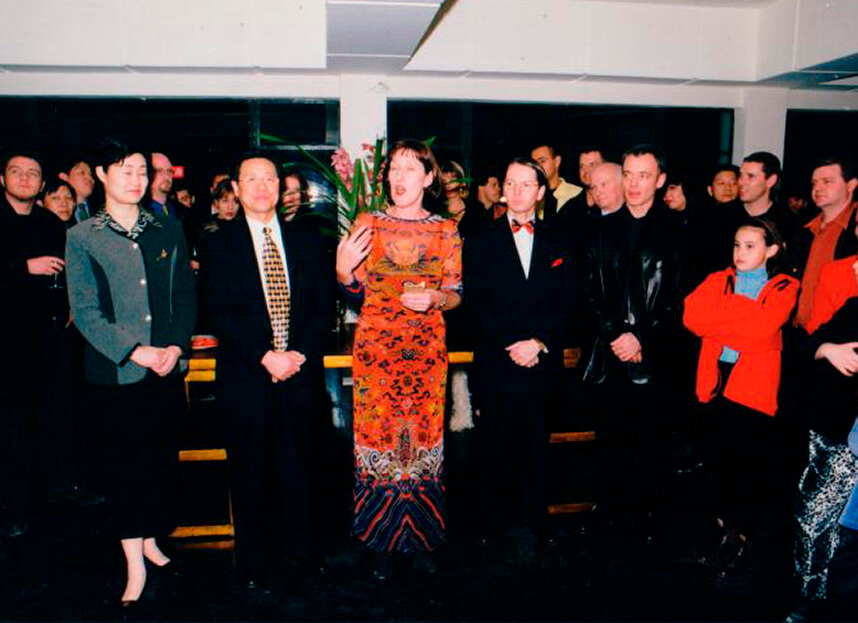 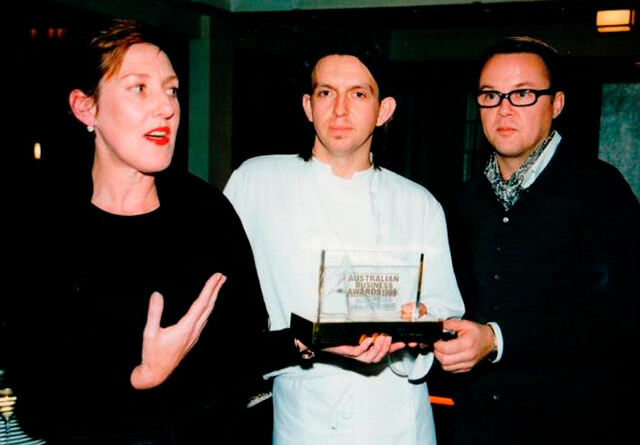 M on the Bund’s 3rd Anniversary

3rd Anniversary Party at M on the Bund…what a riot! Glamour Bar’s 5th Anniversary Party was one of our greatest…and one our customers still talk about to this day. The theme for the night was Glamour Pink. 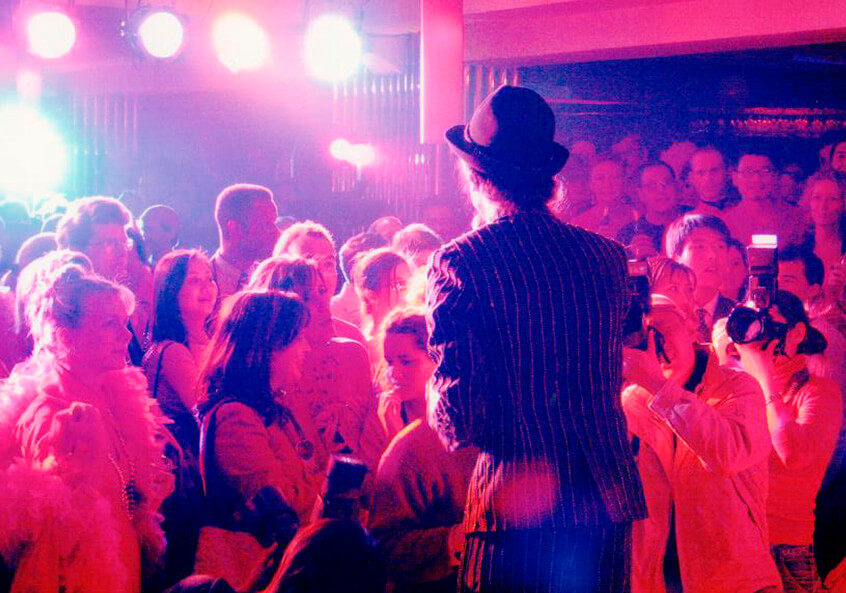 We miss it so! The last of its kind and in our opinion the most beautiful bar that Shanghai has seen… M at the Fringe closes in Hong Kong

M’s very first and beloved restaurant, M at the Fringe, closes in 2009 after 20 years of pioneering fine dining in Hong Kong. For 8 years, we overlooked Qianmen gates and Tian’anmen Square… what a wonderful time it was… We are absolutely thrilled and extremely proud of Michelle Garnaut (CEO of M Restaurant Group) who received the medal of the Order of Australia (AO) in Beijing from the Australian Ambassador Jan Adams AO. 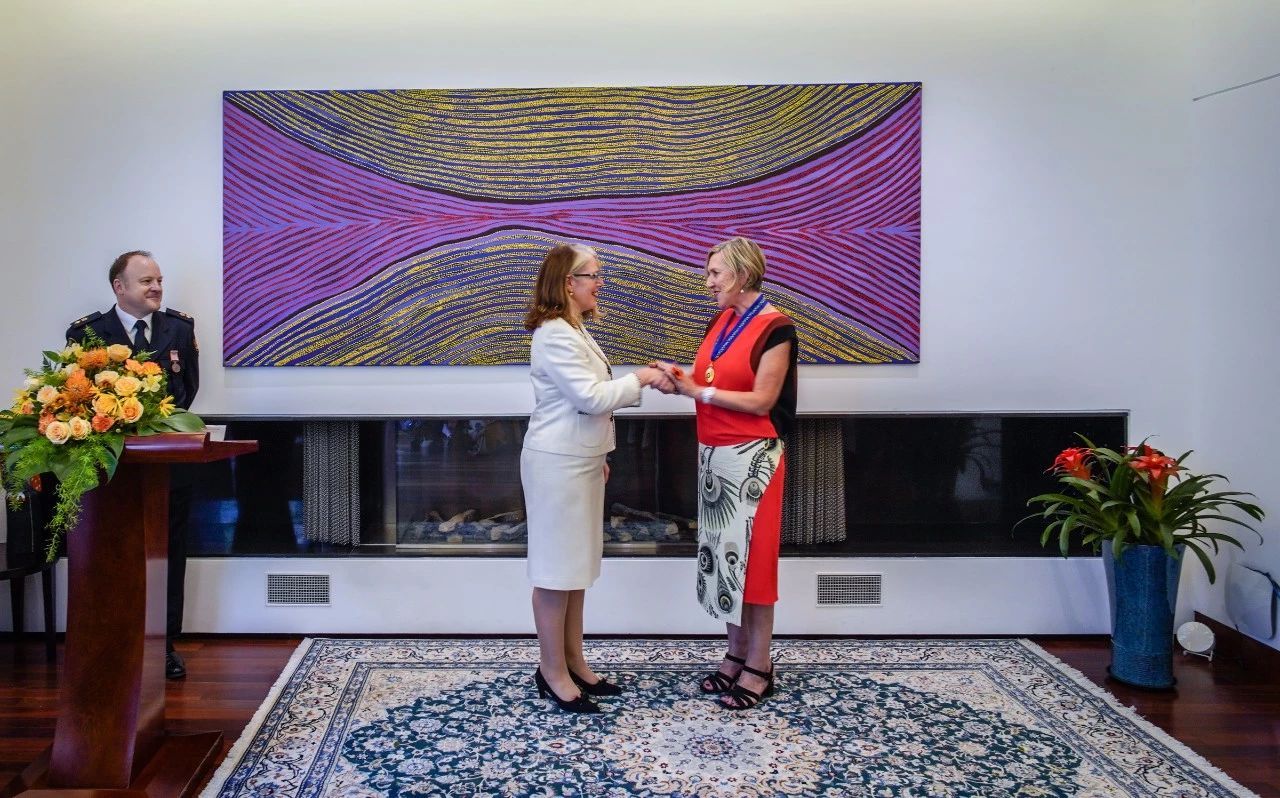