Long, lazy spring afternoons are made especially for gathering up your gang & treating yourself to M on the Bunds very traditional high tea – think fluffy warm scones, delicious finger sandwiches, the sweetest most delicious cakes & savoury pastries served with steaming pots of tea (from real silver tea pots!) or even a glass of Champagne…. It’s the perfect pairing to laughter, gossip and good company.… 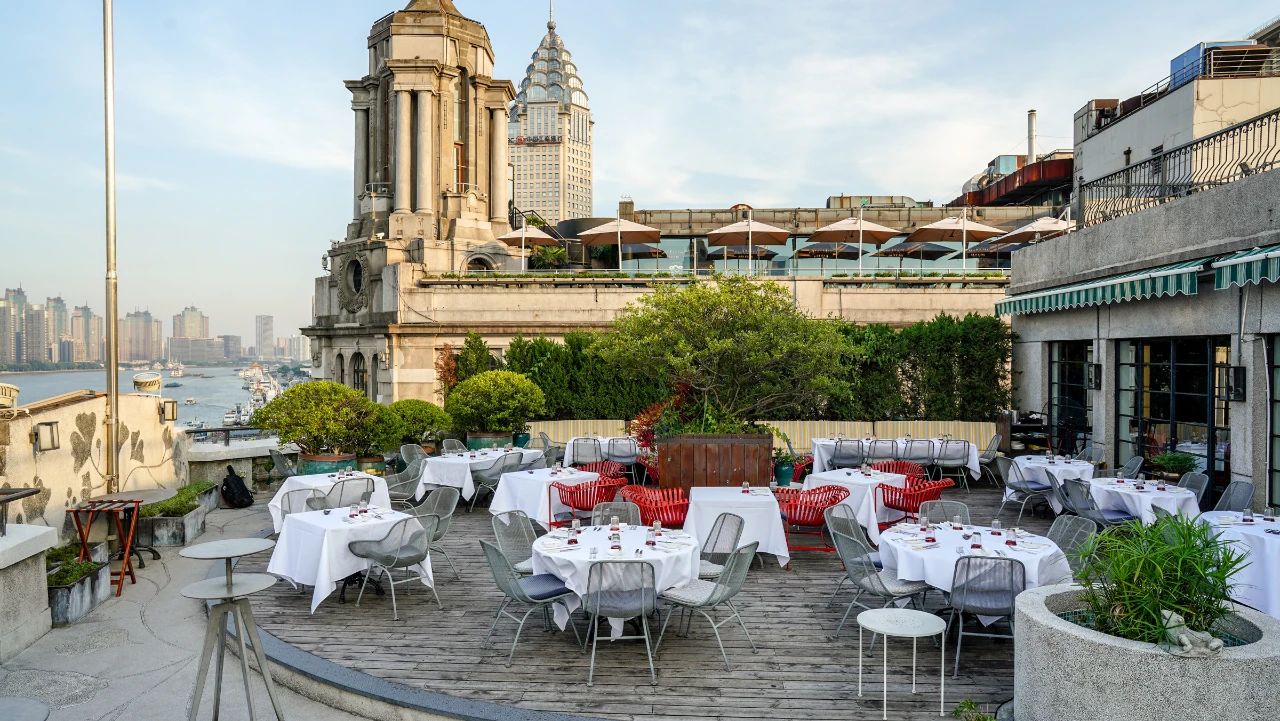 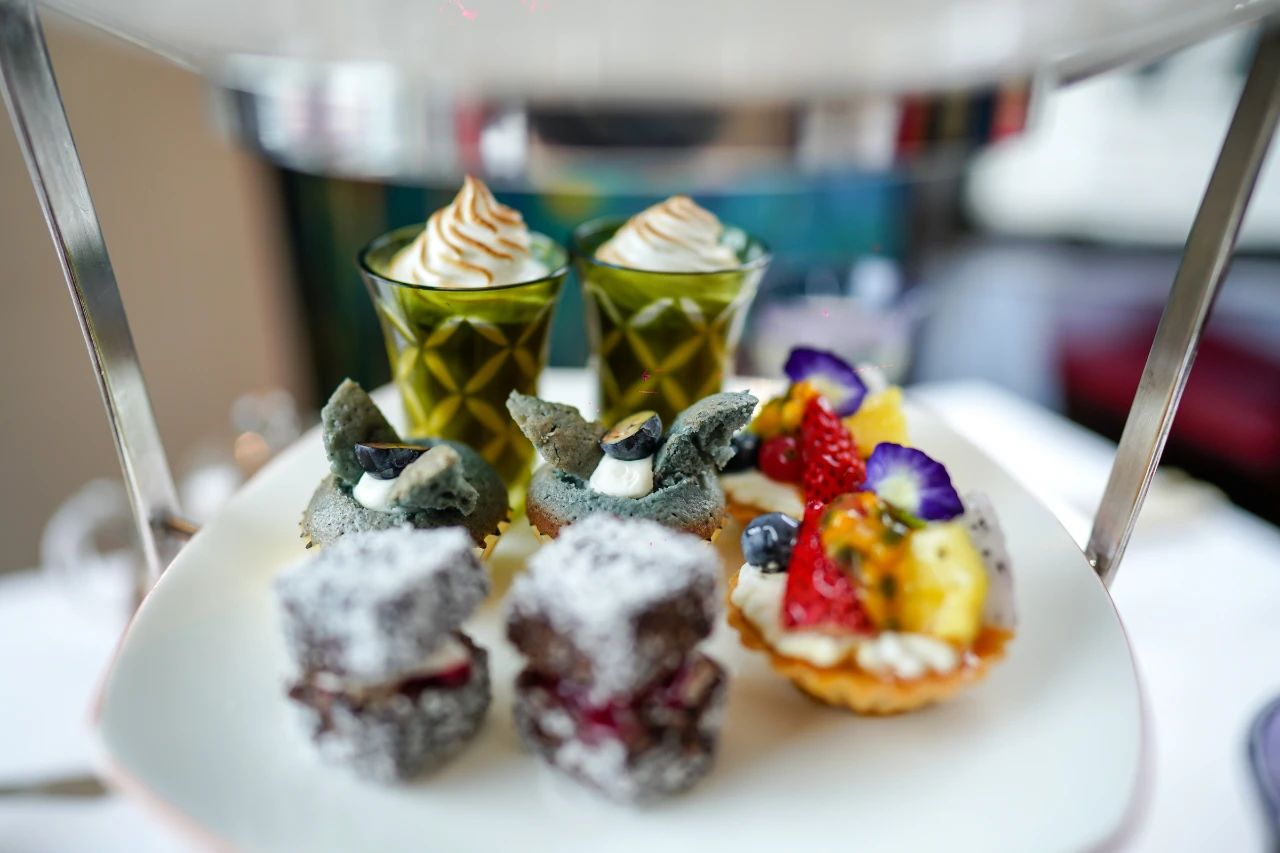 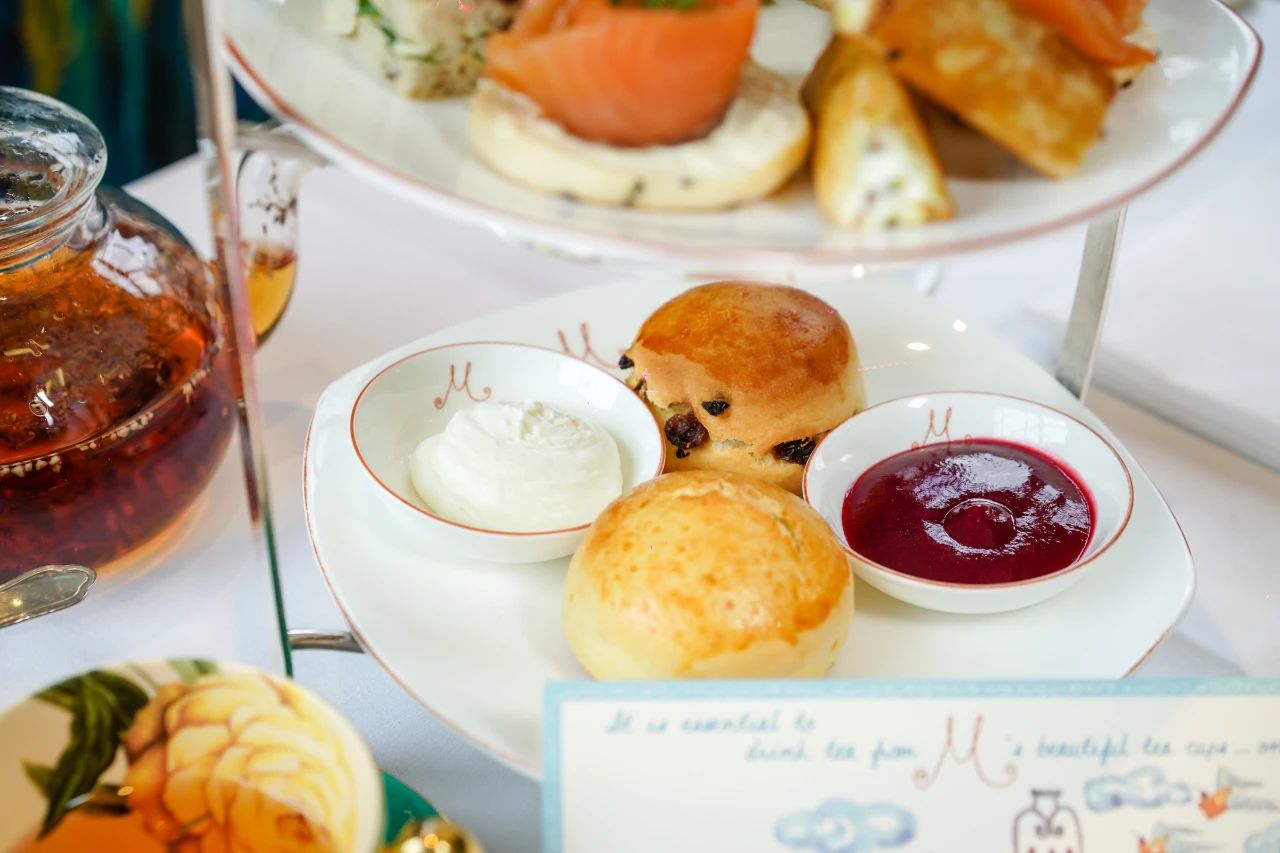 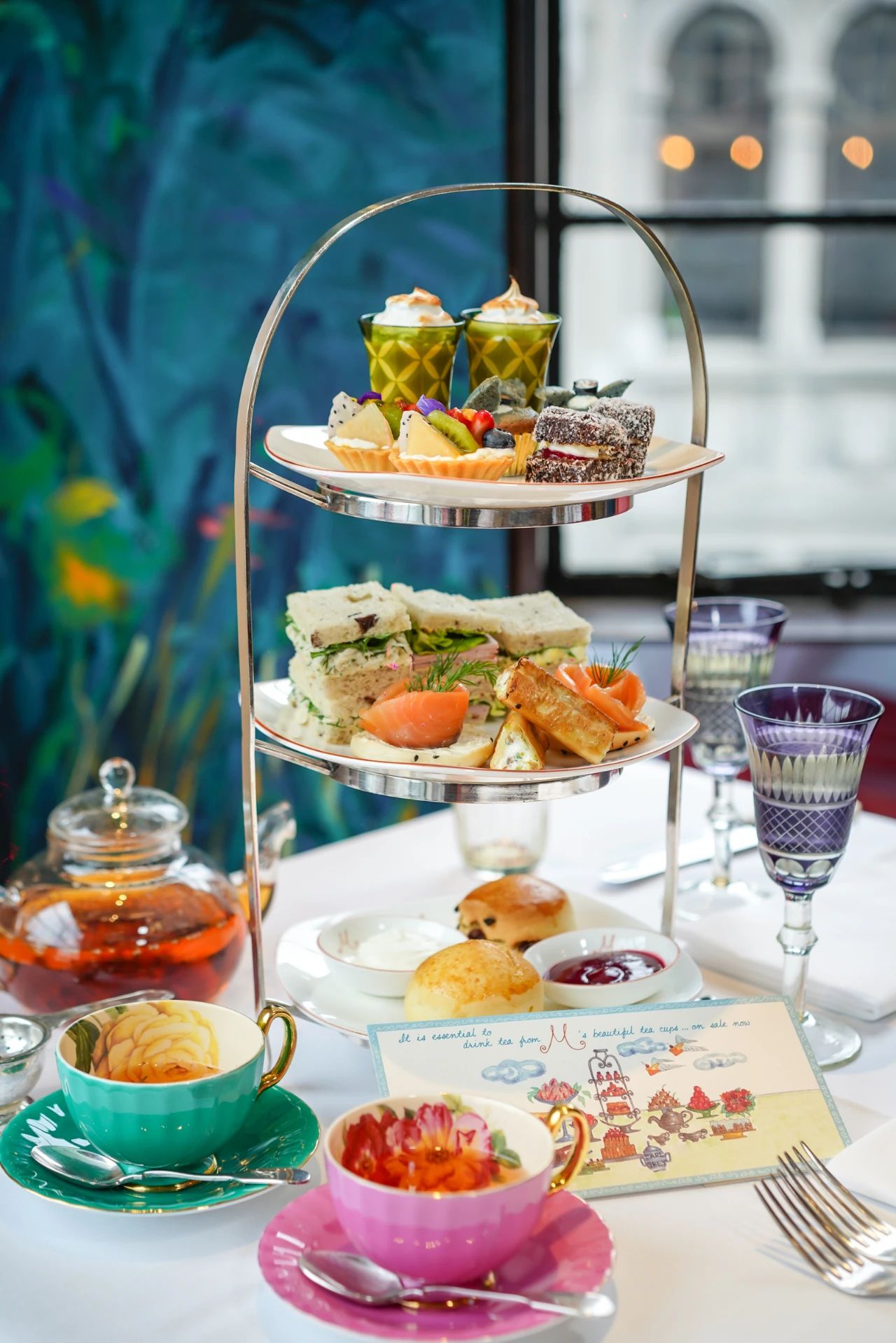 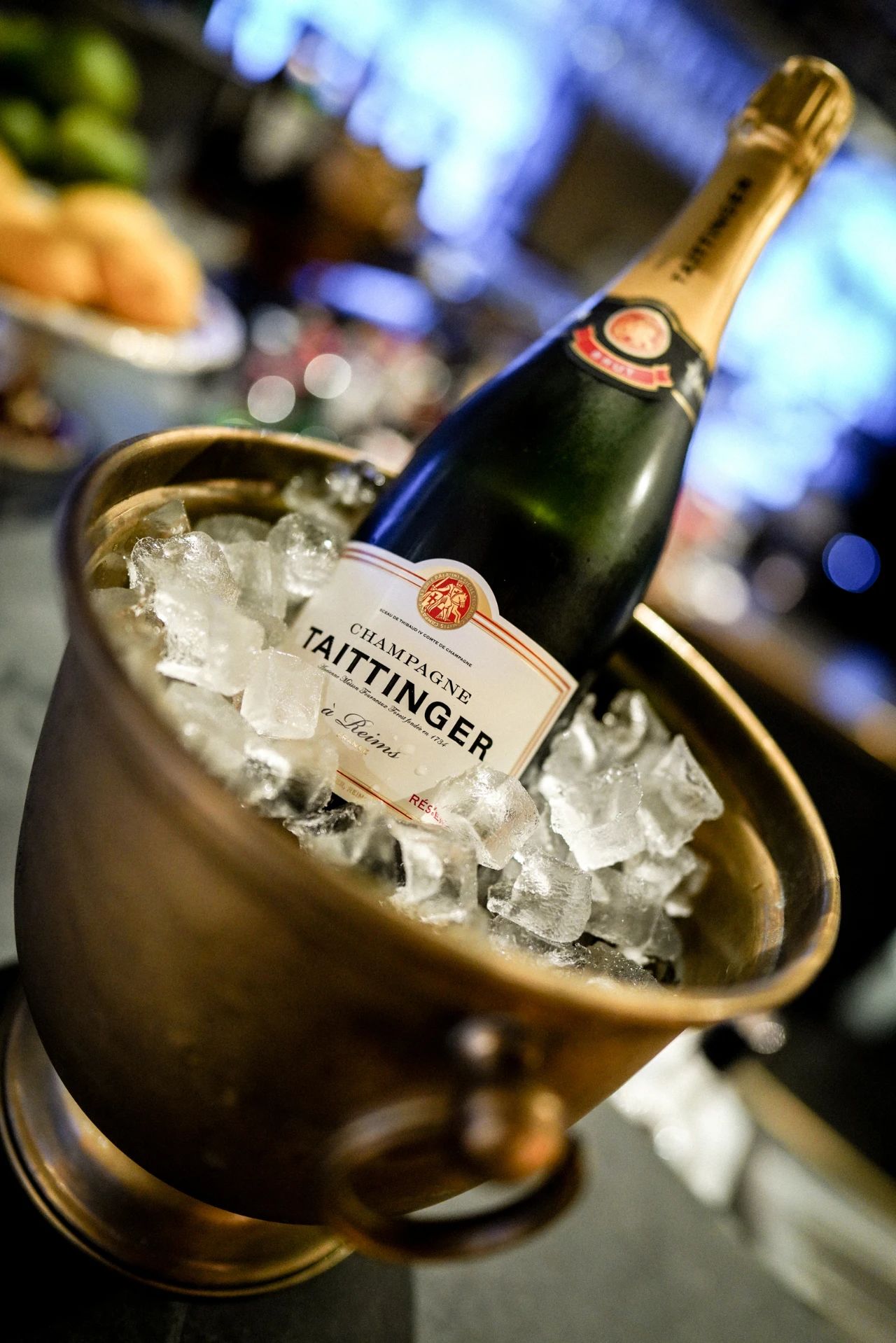 “One of China’s most adventurous restaurateurs is bonafide pioneer Michelle Garnaut, who opened two of China’s most celebrated restaurants: Shanghai’s M on the Bund and Beijing’s Capital M.” TO READ MORE, PLEASE CLICK HERE.

Anne Sebba, author of Les Parisiennes, and speaker at the 2017 Shanghai International Literary Festival discussed her time in Shanghai in March and what she thought of the city, the people and the food.

Professor Joanna Waley-Cohen, Provost of NYU Shanghai, thinks it has something to do with the sheer size of the place (population 25 million) and partly the infrastructure – ‘subway system, ubiquitous wifi, even on the subway, well before New York got it’.” Glam received a special shout-out on Shanghai Wow’s latest edition of “All the Best Food We Ate This Month”. Come try our glam new dinner and drinks menu–perfect for sharing over a glass of wine or expertly mixed cocktail.

“Hello fellow foodies!  We’re here again with the top picks of dishes we tried this month. On our list today: Tribe, Glam bar, Palmetto, Truck Stop Grill and Xixi Bistro! We had a blast at all of these places, so let us tell you all about it. On your marks, get set – eat!” For the full article, please click here.

M at the Fringe’s Influence on Hong Kong

Michelle Garnaut’s–Founder & CEO of the M Restaurant Group–first foray into the restaurant industry was M at the Fringe in Hong Kong. Her restaurant, which was considered the first fine-dining restaurant outside of a hotel chain soon became an institution and was synonymous with delicious food, beautiful decor and a hub for all things cultural. The South China Morning Post‘s article, How Hong Kong Has Absorbed and Adapted Foreign Cuisines, chronicles the different influences on the Hong Kong restaurant scene. Of the many restaurants, few made as large of an impact as Michelle’s M at the Fringe.

“The opening of Michelle’s Restaurant at The Fringe in 1989 (later renamed M at The Fringe), was considered the first fine-dining restaurant not situated in a hotel. Michelle Garnaut’s place was described as warm, ‘like those 18th century salons which can still be found in Macau’, with tastefully mismatched cutlery, and serving delights including Greek goat cheese baked with sun-dried tomatoes into a filo tart, pumpkin tortelli, and poppy seed galette for dessert.” Please click here to read the full article. 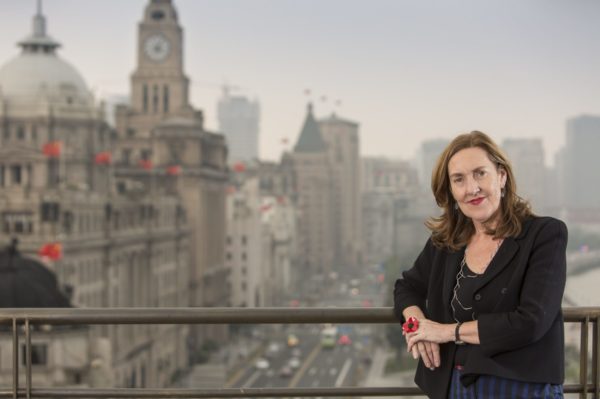 “You Need a Little Bit of Arrogance, Actually” Michelle Garnaut on Entrepreneurship in China

Michelle Garnaut–Founder & CEO of the M Restaurant Group–in interview with Forbes’ Russell Flannery on what it takes to start a successful business in China…and how to continually grow it, in a fast-paced, ever-evolving environment.

“Few expat entrepreneurs in China have been as successful or respected as Melbourne-born Michelle Garnaut, founder of the M on the Bund restaurant in Shanghai. Having previously worked as a dishwasher, waitress and chef, Garnaut opened M at the Fringe in Hong Kong in 1989.  After starting M on the Bund, a European-style eatery, in 1999 and the nearby Glamour Bar in 2001, Garnaut expanded to Beijing with the opening of Capital M in 2009.  A colorful speaker, she is involved in numerous charities and was a judge for the Cartier Women’s Initiative Awards for five years.” Please click here to read the full article. “Whilst I was living in Hong Kong in the mid-1980s, I discovered a wonderful Australian woman cooking delicious, Western cuisine in a local restaurant and immediately fell in love with her food.  Lots of people recognised how good she was, and we all encouraged her to become an outside caterer so we could enjoy her delicious delicacies in our own homes feasting with our own friends.  In this way I was privileged to have Michelle Garnaut and her cuisine at home for much of our life in Hong Kong.” Please click here to read the full article.

When Glam opened its doors in September 2015, it was the talk of the town. Wallpaper‘s feature on the space, the cocktails and the food is testament to the unique position it occupies as a bar, lounge and restaurant. Please click here to read the full article. About the Frommer’s System

Frommer’s only recommends things we think you will enjoy and that will make your trip both authentic and unforgettable. Our experts personally appraise each choice in terms of their overall enthusiasm for it.

Our star system does not denote hotel amenities but it does denote the level of our approval. A place with one star is worth a look—after all, it made the list. A rating of two stars means it’s excellent, and three stars is the highest praise we give.

The Financial Times‘ review on Capital M shortly after it opened, sums up the M philosophy–beautiful interiors, unbeatable views and honest, delicious food.

“For old China hands, it would seem improbable to be sitting on a sweeping terrace overlooking Beijing’s Tiananmen Square, eating a freshly-shucked Tasmanian oyster and sipping a New Zealand sauvignon blanc. But on a recent balmy evening, diners were doing just that at Capital M, one of the newest, and most stylish, additions to Beijing’s rapidly evolving restaurant scene…”